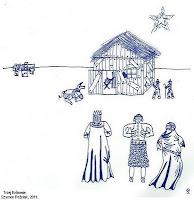 
"The evening of the Feast of Three Kings was called szczodry wieczór, which means a bountiful or plentiful evening. The family usually spent the night around the fire singing carols, awaiting the arrival of carolers and gifting one another with tokens. A special wheat bread called szczodraki was baked in preparation for this night and either distributed among the poor, offered to visiting guests or to the poor children who came caroling on this night. [...] Coming to the door to offer greetings and good wishes for a bountiful year, the children sang special songs about the baked goods:
Czy piekliście szczodraczki?
Dajcież i nam!
Nagrodzi wam Pan Jezus
i Święty Jan.

Have you baked szczodraki?
Give us some also!
You will be rewarded by the Lord Jesus
and St. John.


The housewife generously handed out the specially prepared bread with this particular proverb in mind: Na szczodrych miara, na skąpych kara. (For the generous, full measure; for the stingy, punishment.) [...]
In many homes, especially the more well-to-do, another custom took place on the eve of Feast of Three Kings. After the evening meal was concluded, a cake or torte in which an almond had been added was brought forth. The cake was cut into as many portions as there were individuals present. Whoever received the piece with the almond brcame "the almond king" and had the right to pick himself an "almond queen" from the woman present. [...] Within the family, becoming the Almond King and Queen carried some measure of responsibility [...] to organize next year's gathering and to bake the cake. [...]
The Feast of Three Kings ended the święte wieczory -- the twelve holy nights that began on Christmas Day and signaled the beginning of zapusty, or carnival time.".
Polish customs, traditions, and folklore / Sophie Hodorowicz Knab ; foreword by Czesław Michał Krysa ; illustrations by Mary Anne Knab. New York : Hippocrene Books, c1993. ISBN 0781800684 / 0781805155 [07868] -- książka oczywiście dostępna w naszej Bibliotece. 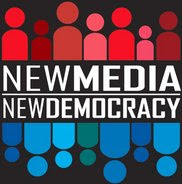